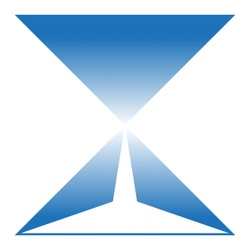 What you need to know

The perfect stopwatch for serious coaches!

Use the volume buttons on your phone so that it works just like a stopwatch.

Upload to a spreadsheet.

Clear time and be ready for the next interval or race.

Be a better coach by storing times in a database to reference in the future.

Most coaches can spend 10% of their time at training sessions recording lap and/or split times.  And, those coaches who aren’t keeping track of times are missing out on valuable information that can help make specific and important decisions for their athletes’ training and competition.

Now you can optimize valuable time at a training session recording times and taking notes with the touch of a button!

The Performalytics stopwatch app automatically uploads lap times to an easy-to-use spread sheet for review at any time, during or after practice.

The time that is saved can be used to communicate with and manage your team.

Mike developed this stopwatch out of the necessity to pay more attention to his athletes during training sessions.  While many sports are spending way too much money on complex timing systems and data analytics, Mike's goal was to simplify an everyday task, while keeping costs low, that every coach who tracks split and lap times can use.

It's Time to Evolve

Free download with full access to the Premium Version for an entire month.  After the trial version ends you are free to continue to use the stopwatch.  In order to maintain full access to all of the features you will need to subscribe to the premium version.

The Premium version is just $1.99 per month.  That's less than the cost of a new generic stopwatch without all of the cool features.

Download the Performalytics Stopwatch today and start using it right away.

What people are saying

It’s been a long time since there were any earth shattering improvements to a simple tool that every coach uses: the Stopwatch.  Until now, any coach who uses a stopwatch to track times of their athletes have had to take the times and then record them in a notebook or enter them into their computer or device.  That process has now changed and for the cost of less than a new stopwatch!

Olympic Team Coaches have secretly been testing out a new technology that saves them time at training sessions and competitions.  This remarkably simple and easy to use stopwatch app eliminates the time that it takes to record lap times and make notes.  With the time they are saving (pun intended) they are communicating with their athletes more and running smoother timely training sessions.

“This stopwatch is changing how I run practices.  I no longer have to turn my back on my team every time I need to write lap times down.  Since they are instantly uploaded to a spreadsheet with just a touch of a button I can focus more of my time on what is most important at a training session...the athletes.”  -Ryan Shimabukuro - 4-time Olympic Team Coach

“We noticed a difference right away at workouts.  Coach was on our cases immediately following an interval rather than turning around to write times down.  All joking aside, I’ve noticed that practices are running more efficiently and I can feel it in the quality and focus in the workout.  I can’t believe something so simple can make such a difference.”  -Brittany Bowe - Olympic Bronze Medalist, 2-time Olympian, & World Champion

The Performalytics Stopwatch is free to download from the app store and comes with a 7 day trial period.  During that week, coaches can use the stopwatch and store their athletes information into a spreadsheet.  After the trial period, continued use of the stopwatch costs a mere $1.99 per month, which is literally cheaper than buying a generic stopwatch.  Membership can be cancelled at anytime.

The inventor is Mike Kooreman, a two time Olympic Team Leader and Coach.  We spoke recently to talk about the Performalytics Stopwatch.

Where did this idea come from?

Taking lap times and recording them is a simple task that is important but shouldn’t take up time at a training session.  For a while I would take the lap times of an interval or a race and then write them down in my notebook training log.  Eventually I switched to recording them on my iPad but it still forced me to take time away from my team at training sessions.  In a busy practice you have to keep things flowing.

There are other stopwatch apps available, why didn’t you just use one of those?

Exactly.  And I did.  I tried them all.  But, the stopwatches where you have to tap on the screen  are just not reliable enough.  Sometimes it will miss sensing your finger and then it is too late,  you can’t tap it again and get an accurate lap time.  So, you need one like the Performalytics Stopwatch that utilizes the volume buttons.

I recently read a review of a stopwatch app that uses the volume buttons.  So they are out there.

Yes, they are.  But have you used it?  They either don’t store information correctly or they are way more complicated to set up and use than necessary.  I wanted something that was super easy to use and stored the lap times in a spreadsheet in a format that made sense.  So, I created my own.

Have other coaches tried it out?  If so, what did they think?

Yes, I’ve had other coaches testing out the app.  They had a few suggestions initially and so we updated the app to reflect their feedback.

I realized that I set it up for exactly how I would want to use it.  But not all coaches are the same and not all sports pay attention to the same thing.  So, we made it possible to adjust some features.  For example, you can change whether the lap times or the split times are displayed prominently on the main screen while you are taking times.

We also organized the spreadsheet in a way that any coach can either use the spreadsheet as their main database for recorded times or simply copy and paste into their own spreadsheet that they are familiar with.

One feature that they really liked was that the spreadsheet is easily shareable.  So, if a coach took lap times at a practice they could easily share the times with their athletes and with other coaches.

It is also really easy to select who participated in an interval and make notes.  That way, when the coach goes back to look at it later they can remember exactly what happened.  Quickly selecting participating athletes, recording notes with the lap times, and a largely displayed lap time on the main screen were the main features that I was looking for in the app.

So that is it.  The perfect stopwatch?

The current version is great.  It helps save time at training sessions and it is such a useful tool to be able to have all lap times stored in one place.  That being said, I have a ton of ideas to add features onto the app without making it too complicated.  I think the coaches who are using it will be pleasantly surprised when they find more options for tracking their athletes performance over time.  I would also like to encourage any coaches who have feedback to get in touch with me to discuss.  I want to make sure that they are getting what they need.

I really want coaches to see how they can optimize their own coaching with a tool like this.  If it helps them it helps their athletes, that is what I am really shooting for.  Check out the website for more information and to provide feedback: www.performalytics.net